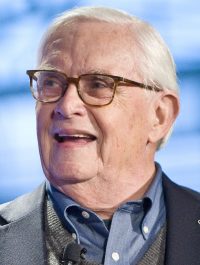 Dr. John M. Logsdon (Ph.D., New York University) is a Professor Emeritus at George Washington University’s Elliott School of International Affairs, where he was the founder and long-time director of GW’s Space Policy Institute. He is the author of, among many publications, Ronald Reagan and the Space Frontier (2019), After Apollo- Richard Nixon and the American Space Program (2015), and John F. Kennedy and the Race to the Moon (2010). He is editor of The Penguin Book of Outer Space Exploration (2018) and general editor of the seven-volume series, Exploring the Unknown: Selected Documents in the History of the U.S. Civil Space Program. He is a sought-after commentator on space issues by the electronic and print media. In 2003, he was a member of the Columbia Accident Investigation Board and  a member of the Board of Directors of The Planetary Society.