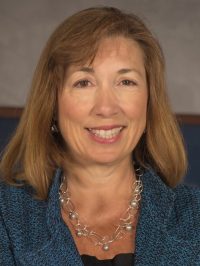 Lori Garver is the former Deputy Administrator of NASA (2009-2013). This was her second time at NASA, having previously served in a number of senior positions from 1996 – 2001. She has also served as General Manager of the Air Line Pilots Association, Int’l, the largest airline pilot union in the world, representing more than 60,000 pilots at 34 U.S. and Canadian airlines.

Garver led President Obama’s transition team for NASA in 2008-2009 and was the lead civil space policy advisor to Hillary Clinton and then to Barack Obama during the 2008 presidential campaign. Throughout her career she has held a variety of senior positions in government, non-profit and commercial sectors.

Ms. Garver made a bid to travel to the International Space Station in 2002, completing her medical certification and beginning training in Star City, Russia. Garver is a Founder, along with Cassie Lee and Will Pomerantz, of the Brooke Owens Fellowship (www.brookeowensfellowship.org), a paid summer internship and mentorship program for collegiate women focused on aviation and space careers.

Ms. Garver is a member of the Board of Directors of Maxar Technologies, a global space communications, robotics and geospatial intelligence company. She is on the Board of Advisors of Students for the Exploration and Development of Space (SEDS) and former President of Women in Aerospace (WIA) and the American Astronautical Society (AAS). Lori has served as an appointed special government employee and member of the NASA Advisory Council and the FAA’s Commercial Space Transportation Advisory Council (COMSTAC). She has received numerous awards including the NASA Distinguished Service Medal, the Alumni Service Award from GWU and Honorary Doctorate from Colorado College.

Ms. Garver earned a bachelor’s degree in Political Science and Economics from Colorado College and a master’s degree in Science, Technology and Public Policy from George Washington University.