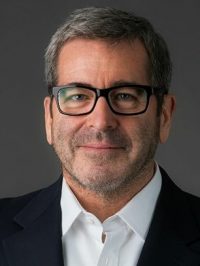 Miles O’Brien is a veteran, award-winning journalist who focuses on science, technology, aerospace and the environment. He is the science correspondent for PBS NewsHour, a producer and director for the PBS science documentary series NOVA, and a correspondent for the PBS documentary series FRONTLINE and the National Science Foundation Science Nation series. For nearly seventeen of his thirty-two years in the news business, he worked for CNN as the science, environment and aerospace correspondent and the anchor of various programs, including American Morning. While at CNN, he secured a deal with NASA to become the first journalist to fly on the space shuttle. The project ended with the loss of Columbia and her crew in 2003 – a story he told to the world in a critically acclaimed sixteen-hour marathon of live coverage. Prior to joining CNN, he worked as a reporter at television stations in Boston, Tampa, Albany, NY and St. Joseph, MO. He began his television career as a desk assistant at WRC-TV in Washington, DC.