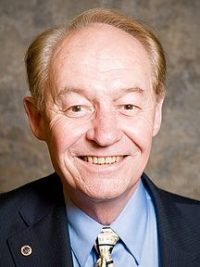 Director of the Naval Center for Space Technology at the U.S. Naval Research Laboratory (Ret.)

Director of the Naval Center for Space Technology at the U.S. Naval Research Laboratory (Ret.)

Peter Wilhelm is the Retired Director of the Naval Center for Space Technology at the U.S. Naval Research Laboratory (NRL). Throughout five decades of federal service at the Naval Research Laboratory (NRL), Peter Wilhelm has been involved in the development, deployment and operation of more than 95 satellites critical to the nation’s defense, its intelligence gathering capabilities and to major scientific advancements. Entering Navy civilian service in 1959, Wilhelm had a pivotal role in the country’s first surveillance satellite used during the Cold War. He led the development of a series of satellites that demonstrated the use of atomic clocks to improve shipboard navigation, and this effort resulted in NRL developing and launching the first GPS satellite. This breakthrough led to a constellation of GPS satellites that now provide accurate location for everything from cell phones to automobiles, aircraft and ships at sea. He was deeply involved with the Clementine, a satellite that mapped the surface of the Moon and collected more than 1.2 million images. Analysis of these data led NRL to postulate the presence of water on the Moon, a hugely important discovery that was validated with several successive NASA satellites and now significantly increases the feasibility of a manned Moon base. Another satellite under Wilhelm’s umbrella has provided the National Oceanic and Atmospheric Administration with the means of measuring global weather patterns and determining wind speed and direction over the world’s oceans from space.