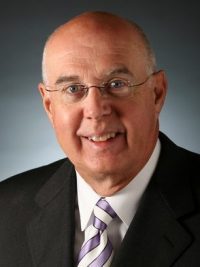 Walker has been in the forefront of space policy, technology policy, science policy, and politics in general for more than forty years. He was a member of Congress from 1977-1997 and Chairman of the House Committee on Science, Space and Technology from 1995-1997. He wrote the first commercial space legislation that became law. He authored and co-authored bills that addressed next generation energy technologies, transportation innovation, and climate change.

That work in Congress was followed by Walker’s private sector activity, bringing to fruition things he advocated for in government. He has helped nascent commercial space companies grow and prosper. He has worked on the development of hybrid cars and autonomous transportation. He has provided leadership on advanced energy solutions.

Throughout his private sector career, he has served as an advisor to several presidents and their administrations. He was the principal drafter of the Trump presidential campaign’s space policy and regularly attends the meeting of the National Space Council that was first suggested for reinstitution in that document.

Walker was the Chairman of the Commission on The Future of the United States Aerospace Industry from 2001-2002, Member of the Presidential Commission on the Implementation of United States Space Policy 2002 and Senior Advisor for Space to the Trump Campaign 2016.